Expect shipping delay due to Covid

How To Protect Yourself From 5G

The incoming 5G network promises reliable coverage and significantly faster speeds than 4G. However, in delivering these benefits of convenience and speed, there is a great risk of electromagnetic radiation exposure, which has been found to have significant health implications. Every electronic device from phones and computers to microwaves and TVs creates electromagnetic fields, with some being more dangerous than others.

For the past decade, 4G has been the highest-performing network. Today, as the network of smartphones and smart devices increases, this network has become quite crowded. Furthermore, the 4G speeds don’t seem to keep up with new demands from technologies like autonomous cars and artificial intelligence. Thus, 5G is to be introduced to offer more bandwidth and faster speeds.

To offer these bandwidths and speed improvements, 5G providers will need thousands of small cell stations, carefully positioned near to every house. When cell towers get relocated so close to users, there is potential for more electromagnetic radiation exposure. Also, once the 5G networks start running at full capacity, that electromagnetic radiation will be nearly impossible to avoid.

As with other new technological developments, there are many reasons for people to be cautious about the dangers of 5G, but that does not necessarily mean that you must panic. Below are some practical precautionary steps to protect yourself from 5G, minimize exposure to EMF, and thereby reduce or prevent any possible health risks.

To understand why 5G might be dangerous, it is worth understanding this new network and how it works. First of all, the ‘G’ refers to the generation of mobile wireless technology. All generations, starting from 1G to 2G, 3G and 4G, have used very similar networking infrastructures. Users are typically connected to digital geographical grids, known as cell towers, for connection to the internet, phone service or other services.

Regardless of your location, cell towers can conveniently hand you off to other cells without disrupting your online data transfer or your telephone call. That is why there are numerous cell towers installed in a city. They help in maintaining a connection to devices over a long distance and also through objects such as walls, because of the frequency or wavelength used.

The limitation is that these cellular towers only support the 4G network, which is fast becoming outdated based on increasing speed demands. That is why 5G will soon form the new standard for current and future mobile internet connections.  This fifth generation wireless network offers speeds of close to 10 GB per second, with significantly lower lag times or latency and also better support for simultaneously connecting multiple devices.

5G can provide all these improvements in speed and connectivity because it uses shorter waves compared to all past generations. The primary compromise of using shorter millimetre waves in 5G is that towers need to be a lot closer together. These millimetre waves are in the high-frequency range from 30G Hz to 300 GHz. Most phones today use microwave bands from 700 MHz to 3 GHz.

While the millimetre waves are perfect for adding more bandwidth and speed, they aren’t as efficient at penetrating objects as the current waves. These new radio waves easily get blocked by things like buildings and trees. That is why 5G requires thousands of antennas placed on buildings, lamp posts and street signs, among others, rather than the traditional big cell towers.

While a single 4G tower was sufficient to cover a large neighbourhood, the same space would now require hundreds of tiny 5G towers installed closer to each other. Even though these small, nearby 5G towers will help support faster network speeds and reliability, they will similarly bring 5G radiation closer to consumers’ bodies.

Protecting yourself from the Health Dangers of 5G

As 5G networks and other sources of EMF radiation continue to rise, it’s critical for people to learn how to protect themselves. There is no single solution here, but using a holistic, multifaceted approach is an excellent strategy.  Whether it’s protecting your body or your home from this 5G network, it will allow you to avoid the unpleasant effects associated with EMF radiation. Here are a few suggestions to help you minimize EMF exposure when you get 5G:

An essential concept to consider when safeguarding against 5G radiation is distance, primarily as described through the inverse-square law. This law states that the intensity or energy decreases by four times as the object’s distance is doubled. That means that the harm that EMF radiation can cause significantly reduces as you move away from the source of that radiation.

Some phone manufacturers even advise users to keep their devices at a distance for safety reasons. For example, Apple recommends users have a 10 mm space between their iPhones and their bodies. So, choosing to use the speakerphone could have a considerable effect in protecting yourself from harmful radiation.

Nevertheless, as the 5G devices and networks continue to be released across major towns and cities, you will discover that this technology is quite unavoidable in most places.

Here are straightforward suggestions for capitalising on distance to minimize your exposure:

Most people sleep with their phones on the nightstand or under the pillow. However, smartphones are a massive contributor to EMF radiation. As 5G phones enter the market, the wisest thing to do is to ensure that you keep these devices away from your body when sleeping. Or simply turn them onto airplane mode!

People use their phones almost every hour of every day; hence, having them close is always essential. However, you will do a lot better by keeping your phone from touching your body. That means no putting it in your pockets, and instead using a purse, backpack or radiation protection bag that creates a barrier.

Making Your Home Safe From The Dangers of 5G

The physical infrastructure for 5G requires multiple towers placed closer to consumers because of the use of shorter radio waves. That means you may find it more challenging to implement the first tip about putting some distance between your home and 5G networks for protection. This new network will easily infiltrate your home if you are not keen in protecting it.

Windows are one of the major ways EMFs can leak into your home. Our films have been designed to keep them out! 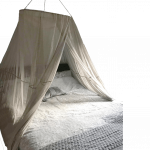 Our EMF Bed Canopies are a great way of getting protection from 5G while you sleep. THey use silver fibres to block out the dangerous signals. 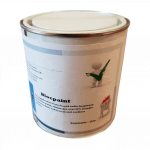 Our EMF radiation protection Blocpaint is water-based carbon paint that is ideal for shielding your home and those dearest to your heart.

If you’re concerned about the risks of 5G radiation, then you must invest in a decent EMF detector or monitor. This handy meter will enable you to quickly measure the current radiation exposure within your environment. Most importantly, the EMF meter will let you know whether the actions you have taken to minimize that radiation are practical and producing the desired results.
There are countless ways that EMF monitors can help you, especially in learning about radiation exposure at home, at work or within your neighbourhood. These monitors are typically user-friendly and contain helpful information regarding the level and type of radiation that you’re exposed to in your house. A quality monitor will also enable you to measure potential implementations of 5G networks within your area.

Today, smartphones are similar to small computers, and they demand larger bandwidth and higher speeds with each new generation. New 5G phones are going to work differently from regular 4G phones, in that they will be continually connecting to nearby cell sites.

That constant shifting between cell sites is reported to make phones emit more radiation. Besides the increased radiation, 5G phones will also be sending and receiving significantly bigger data packets. Here are some ways to safeguard against that 5G radiation coming from your smartphone.

As mentioned above, distance is critical for protecting yourself. That means storing your phone away from your body and using EMF protection cases when moving around, etc.

A critical factor concerning 5G is the cellular signal. Whenever your smartphone has a weak or limited connection, it immediately increases the power levels as it tries to look for a nearby link. Phones also require more power for maintaining a phone connection to the tower during a call. These two factors lead to high levels of EMF radiation, especially when the phone has one signal bar or is searching for a connection.

That radiation could potentially be much higher with 5G phones. A possible solution is sticking to your 4G phone or using a custom EMF protective case. The other solution is to wait for at least two seconds after a call connects before placing the smartphone on your ear. That is because most mobile phones release a surge of radiation when connecting a call as it requires more power to establish the connection than to maintain it.

When was the last time you used airplane mode? This feature is among the most underused parts of a phone. Even though turning on this mode will not wholly limit your phone’s radiation, it will considerably lower it by stopping the connection to the cell tower. With 5G being launched soon for the public, airplane mode will be more critical.

A smartphone constantly emits radiation even when you are not actively calling or using your device. That is because it must maintain its cellular connection to nearby towers. Besides, there are always some applications that run in the background conducting updates and also receiving texts among others. All that data must utilize radio frequency waves, which lead to emissions of those harmful EMF radiations. Switching to airplane mode will, therefore, be beneficial in limiting that radiation with 5G phones.

Consider using a wired headset when making phone calls on your 5G phone. The headphones will help you reduce that prolonged close contact with your device. However, make sure you are using headsets that are designed to minimize radiation. Some wired headphones will even magnify the harmful radiation emissions to your earpiece. So, make sure you choose the right product.

Refrain or restrict yourself from using a smartphone for an extended amount of time. Limiting contact with your phone is a suitable way of preventing EMF exposure. These timeouts can be a great source of inspiration when you are completely disconnected from the numerous distractions that phones can offer. For instance, when you’re travelling, you should consider locking your phone away in a stylish EMF protective purse or bag and enjoying yourself.

Move to the Country!

While this isn’t a simple idea, it is worth noting as you start to prepare for 5G. Because the necessary infrastructure for running 5G networks will be costly, most communication experts think that this new network will probably stick to large towns for quite some time. Current implementation strategies already show that it is targeted towards large cities in America, China and other countries.

It won’t make business sense to invest in expensive 5G technologies in rural or medium-sized towns, as they will probably have challenges in gaining any profits. Most IT pundits also think that the initial returns on 5G investments will be quite slim for some time until more people sign on and start using this service. Newer technologies like AI and IoT should help in further developing 5G frequencies.

Fortunately, those who are living in rural areas or smaller towns shouldn’t have to worry about 5G for quite some time. However, those who live in bigger cities should keep this in mind. It may be worth moving to a smaller town to avoid 5G altogether.

Electrosensitivity: How Does It Affect Me?

All You Need to Know About BlocSilver™ EMF Shielding Fabric

GET 5% OFF YOUR ORDER