In terms of wireless transmission shielding what does dB, mean? 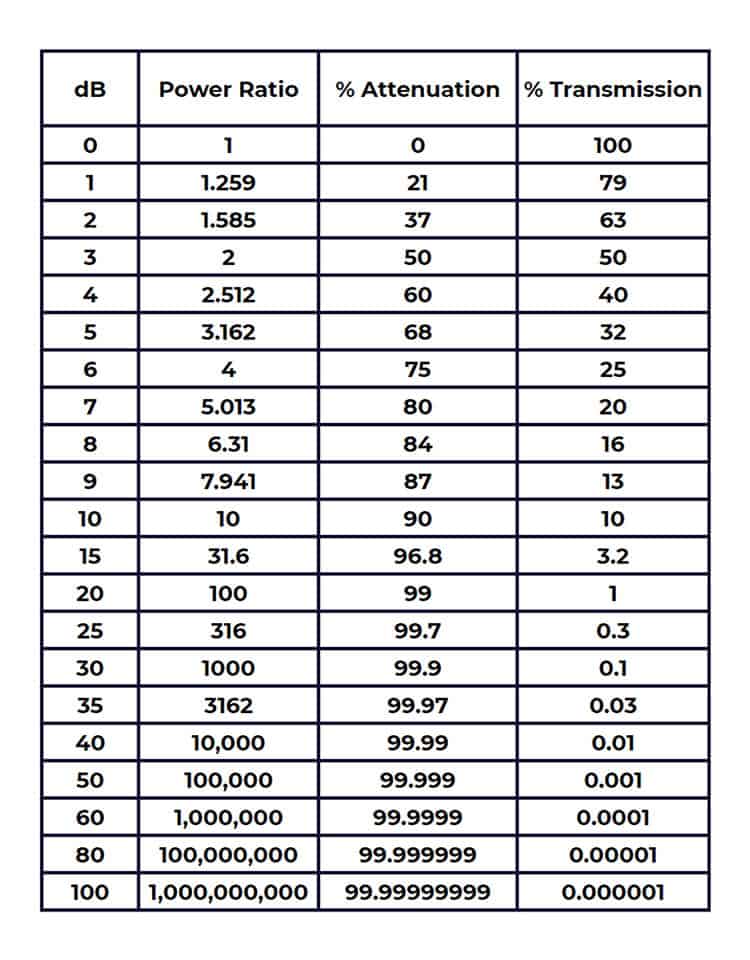 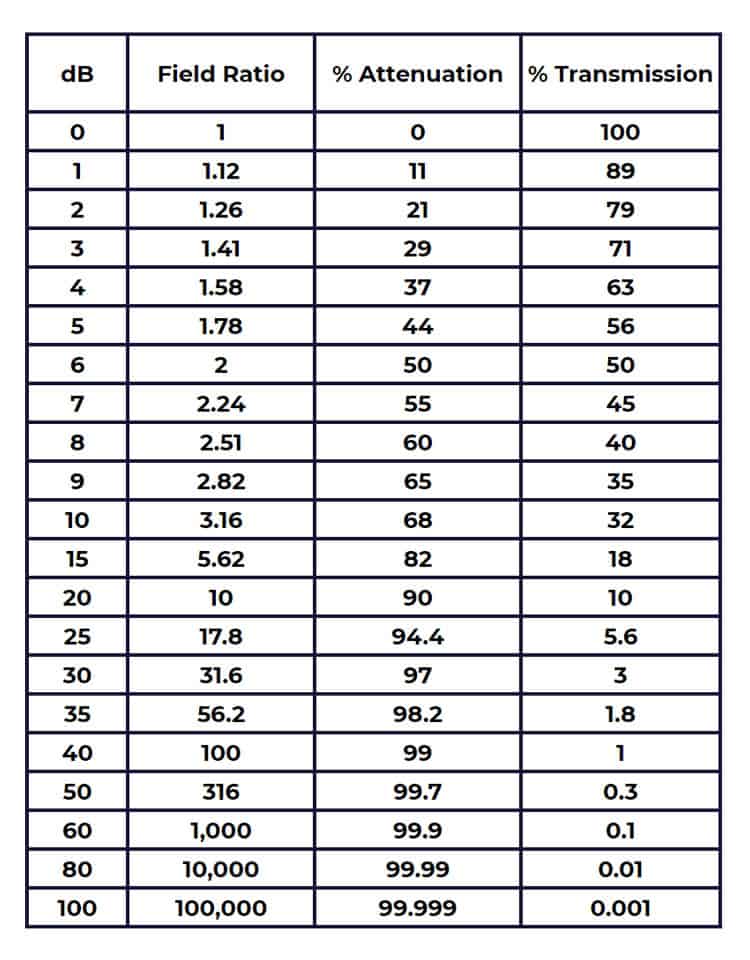 As you can see, shielding at 50dB instead of 30dB is 100 times better, so again a distortion.

What we are trying to show is the percentage figure is confusing because of this. The best way to understand this is when there is no shielding (0 dB) there is no attenuation of signal but at 50db you have only 0.3% transmission. So, if you like in terms of a mobile signal strength, if you have full signal before shielding, you will have only minimal signal after 50db shielding. Note though, when shielded, the phone will “think” it’s in a low signal area and turn its power up, so the bars in the display will disappear before reappearing but lower, the are shielding is still good but the phone is working harder.

It makes more sense to judge shielding material in db. The higher the dB number, the better the emf protection and the better the shielding. A 50dB canopy is around 20 times more powerful than a 25-dB canopy (see chart). So, the percentage figure is at best confusing, we offer it hear, simply as part of the explanation. If you want to equate dB to volts or watts per sq. meter, you can do so on-line.